Team Torrent was formed in 1998 when I was fortunate to be loaned the 16.3h gelding, Torrent.
Torrent changed my life, literally.  He took me from being a producer of show horses and an ok rider at unaffiliated Elementary level to being unbeaten at Regional Championships from Prelim to Medium, to winning the BD National Championships at Prelim and Novice in our first season and successfully progressing through the levels to PSG when unfortunately he had to be retired.

Torrent introduced me to people, horses and a world that I otherwise I would not have known. For that I owe him, and his generous owner, Mrs Susan Erian, everything.

Although Torrent is now retired, we felt it appropriate that his name carried on and so my horses all compete under the umbrella of Team Torrent. 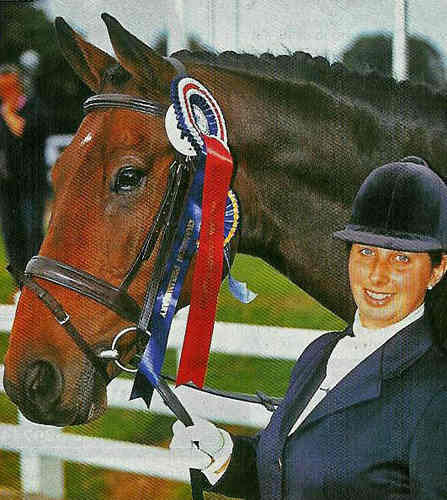